BC Legislature, Victoria
Check out our rally video:
PRESS RELEASE: BC Doctors and Nurses call a climate change ‘Code Red’ for BC
————————————
‍Call on BC to establish a transformative emergency plan to protect human and ecosystem health and wellbeing

Over 100 doctors, nurses, and other healthcare workers from across BC will gather in Victoria on November 4th and march on the BC Legislature, calling on the government to act in the face of the growing ecological threat to health. Organized by Doctors for Planetary Health—West Coast, the marchers will demand that the provincial government declare a climate and ecological emergency and act on a range of issues that contribute to these dual crises. This event will be the first doctor and nurse climate rally of its kind in Canada.

An unprecedented editorial published in September in more than 200 leading medical journals reported “that ‘the greatest threat to global public health is the continued failure of world leaders to keep the amount of global temperature rise below 1.5°C and to restore nature’”.

The health consequences of climate change are already being felt in BC. “I saw so many elderly and young people with respiratory and heat-related illness due to the heat dome and wildfires”, said Dr Kyle Merritt, an ER physician in the Interior of BC, “it was the first time I wrote climate change in the chart.”The editorial emphasized that the health impacts of these ecological crises will affect people who are vulnerable, and low-income communities and countries the most. Therefore, it is important, the organizers emphasized, that any action on these ecological crises be undertaken in conjunction with BC’s First Nations and Indigenous people, with a particular focus on addressing social and ecological injustice in BC and around the world, and with due consideration for the rights of future generations to a healthy and sustainable environment.

The doctors take their cue in part from UN Secretary General, Antonio Guterres, who in August described the latest report from the Intergovernmental Panel on Climate Change as a “Code Red for humanity”. But, said the march organizers, we have a BC government that is dragging its heels on the climate emergency.

In a background document, they note that BC is still pushing for new fossil fuel extraction and export and is still providing tax breaks and other forms of support to the fossil fuel industry but has yet to declare a climate emergency. The group calls on the BC government to address these deficiencies, set legally binding emissions targets based on evolving climate science, invest in a regenerative zero emissions economy and ensure a Just Transition for affected workers and communities.

But the organizers emphasize that this is not just about action on the climate emergency, important as that is. As the UN Environment Program (UNEP) recognized in February, the world faces at the same time a crisis of biodiversity loss, a crisis of pollution, and other human-driven ecological crises. For the sake of humanity, doctors are asking for governments to do as the UNEP says, and make peace with nature.
‍
Thus Doctors for Planetary Health - West Coast call on the BC government to return to its commitment to bring in a Species at Risk Act, recognize the rights of nature, bring in an alternative to GDP that truly reflects social and ecological wellbeing and progress, create a Commissioner for Future Generations, and bring in a Wellbeing budget and a Wellbeing of Future Generations Act, all measures that have been enacted in similar-sized jurisdictions such as Wales and Aotearoa, New Zealand.

Doctors for Planetary Health - West Coast is a grassroots collective of physicians and nurses from across BC who are working to create an interdisciplinary health movement to address the climate and other ecological crises.

Why Join A Climate Rally

As health professionals, we are seeing the devastating health consequences of the climate and ecological crisis in our offices, hospitals, and communities. This past summer, we treated children presenting with respiratory distress due to wildfire smoke. We cared for vulnerable patients affected by a heat dome that led to the death of 570 individuals in our province. We provided clinical care in communities ravaged by crop failure, habitat loss, and water scarcity.

These effects will only worsen as the planet continues to warm due to climate change. Climate scientists predict we likely have 5-8 years to slow this down. If there was ever a time to use our physician voice to advocate for climate action, it is now.

This is why on November 4th, 2021, a group of physicians and nurses will be gathering in front of the BC Legislature in Victoria to demand urgent climate action from our provincial government. Your presence at the rally will matter. It will add a face and a voice to the growing call for immediate action to act on the climate and ecological crisis in BC.

Join us on this day to help safeguard the future health of our province.

Can't attend in-person? You can show support by following this link! 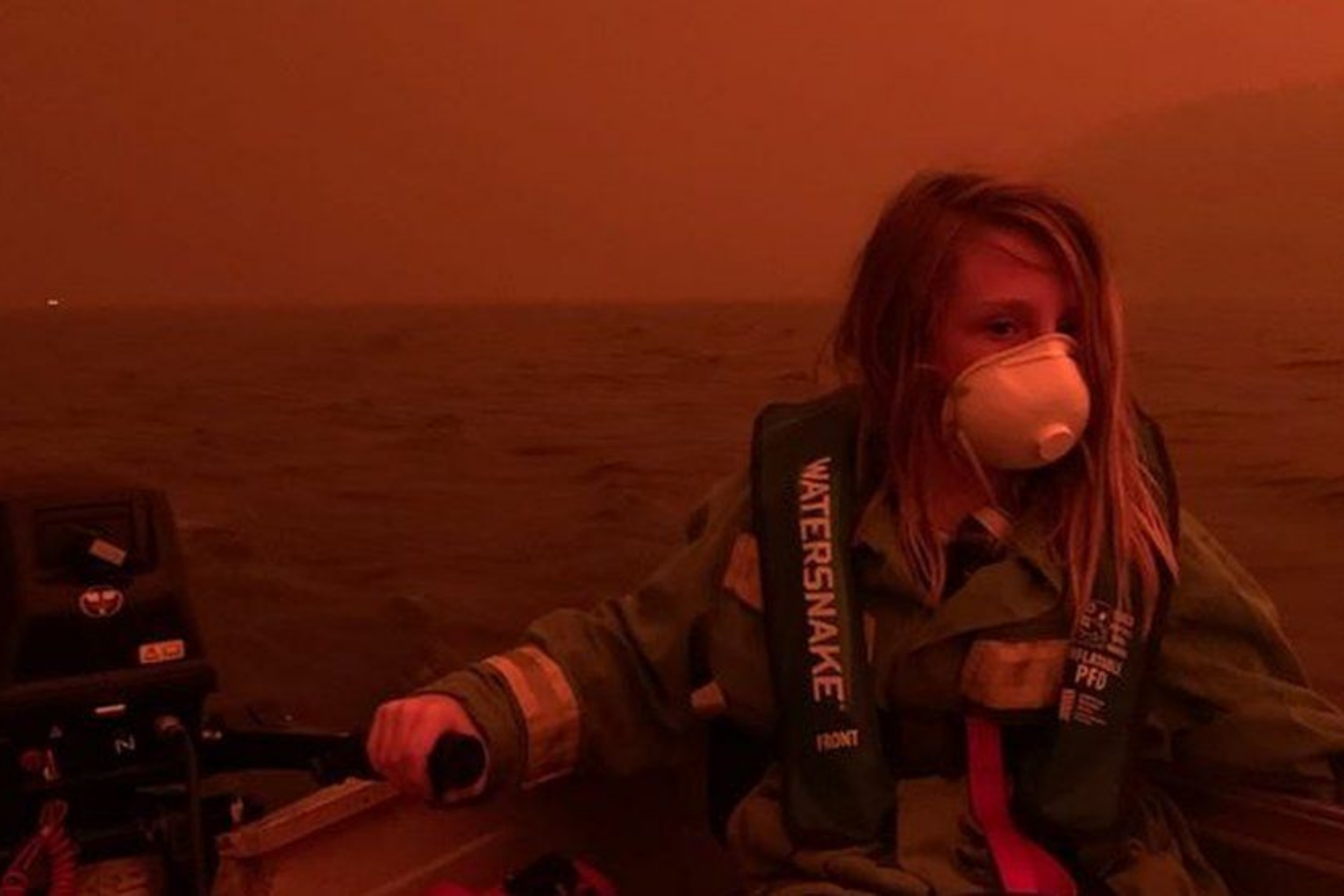 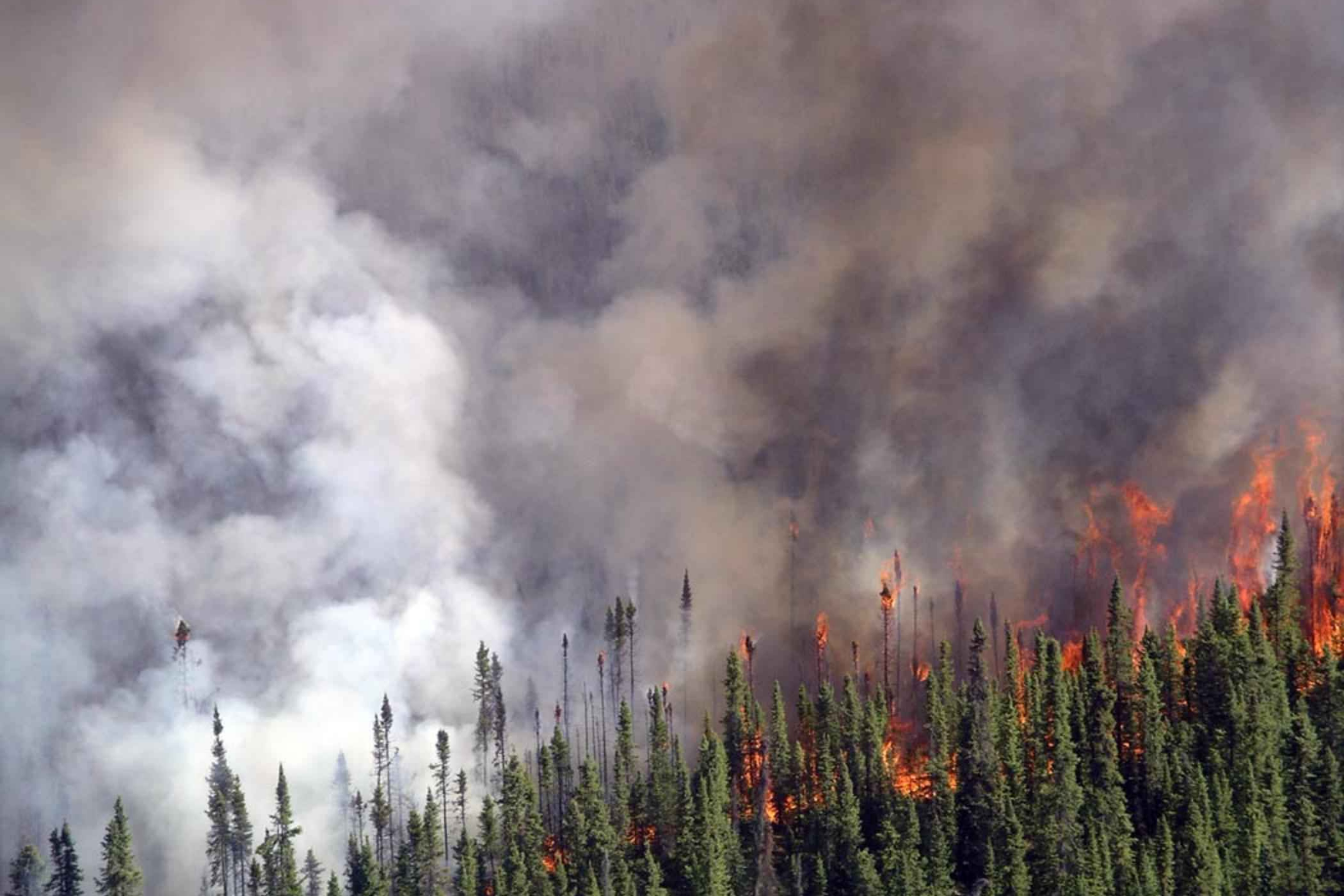 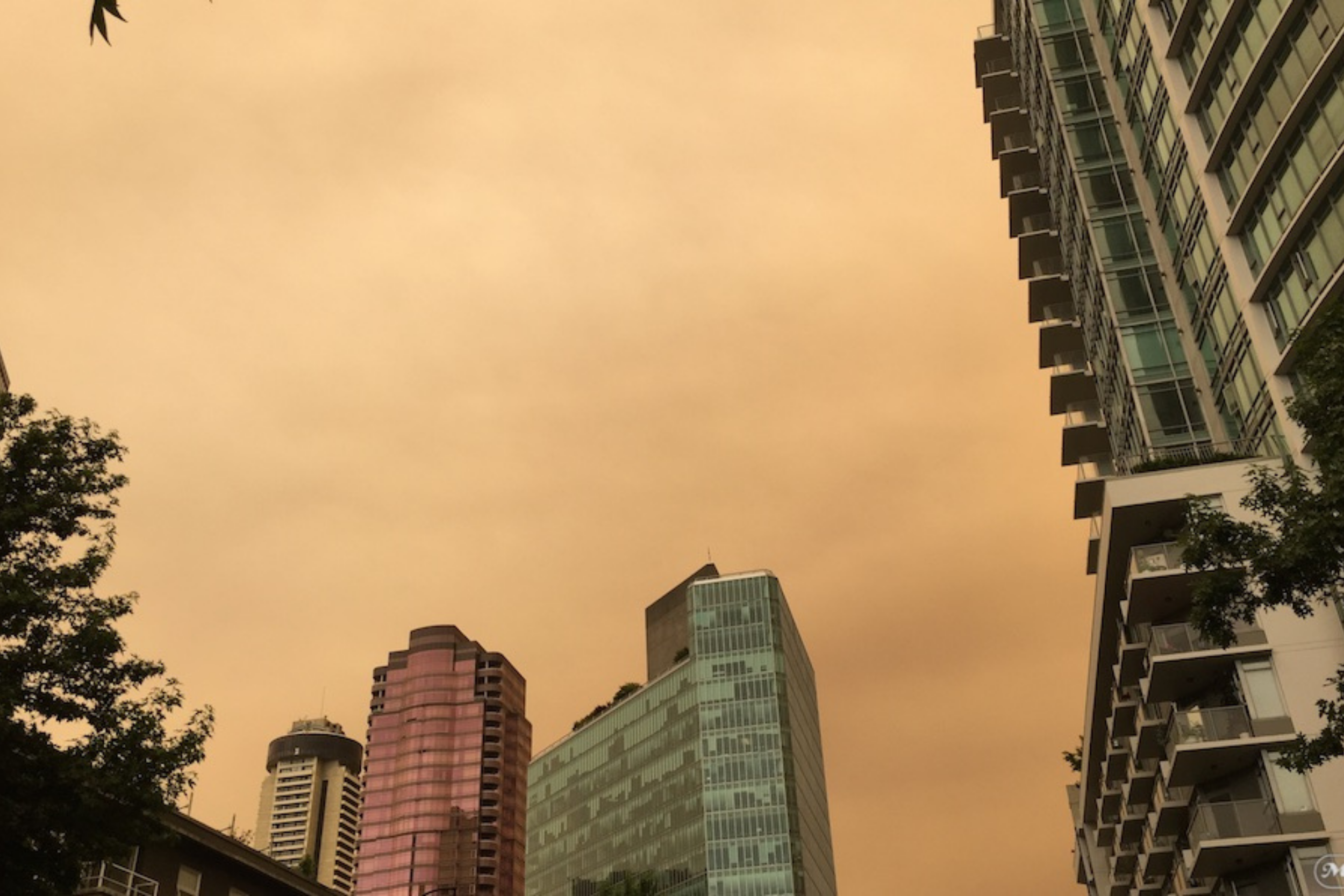 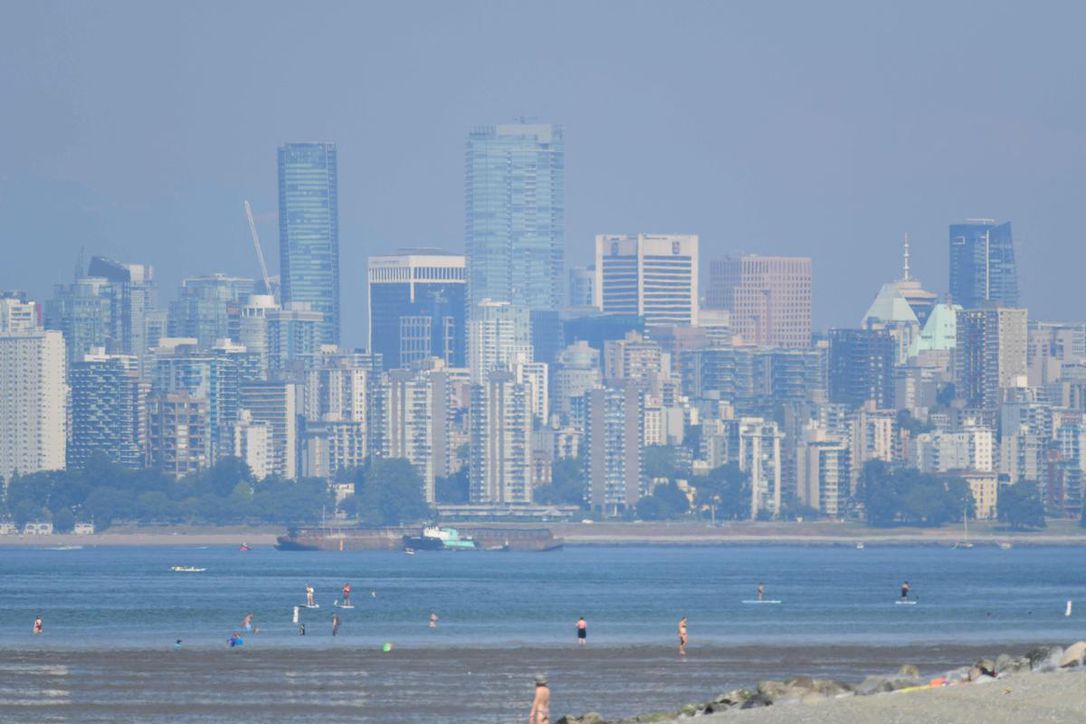 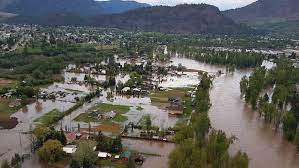 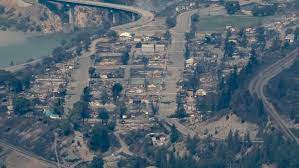 Health professionals are some of the most trusted members of society and we have a long history of driving social change to fight overlapping health crises. Drawing attention to the health impacts of climate change is critical to enact effective climate policies.

This is an event organized by "Doctors for Planetary Health". We are a grassroots group of healthcare professionals working with our communities to grow an intersectional, decolonial and anti-racist movement on the climate and ecological emergency.

To learn about us, our past work, and ongoing action go to: www.doctorsforplanetaryhealth.com 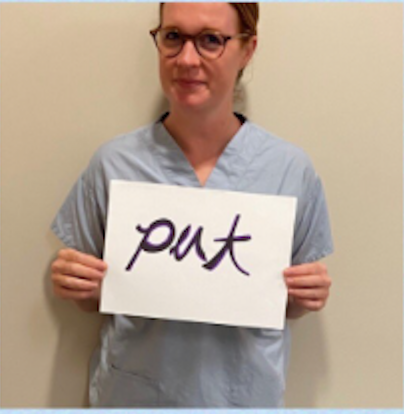 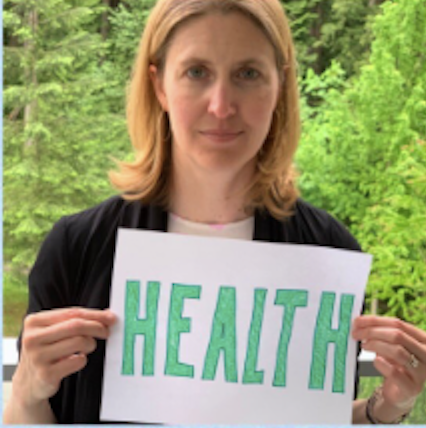 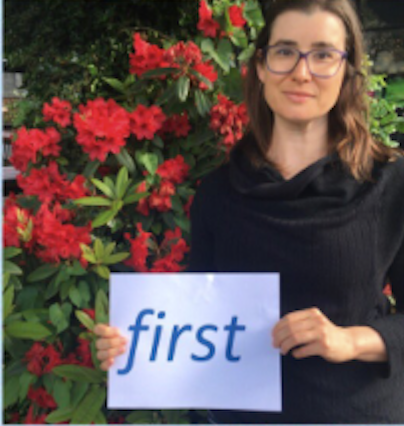 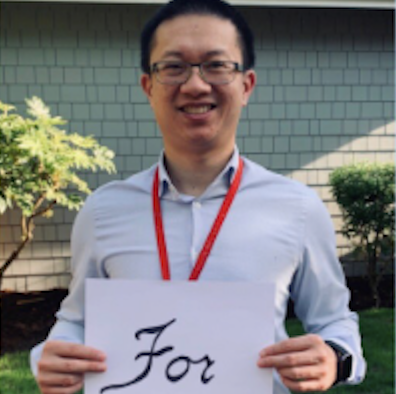 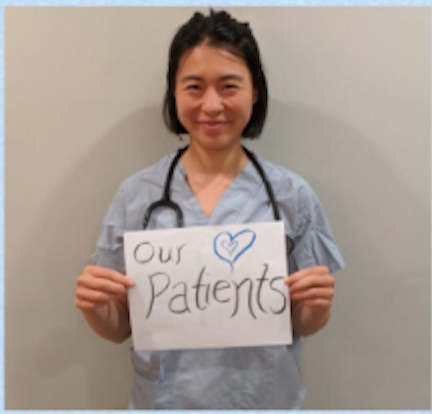 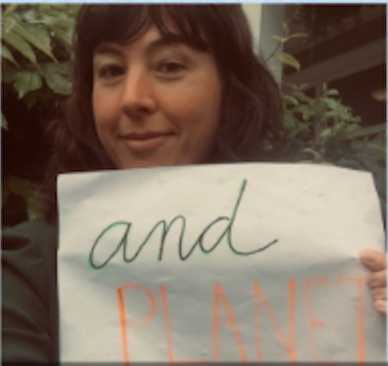 What are We Asking For? 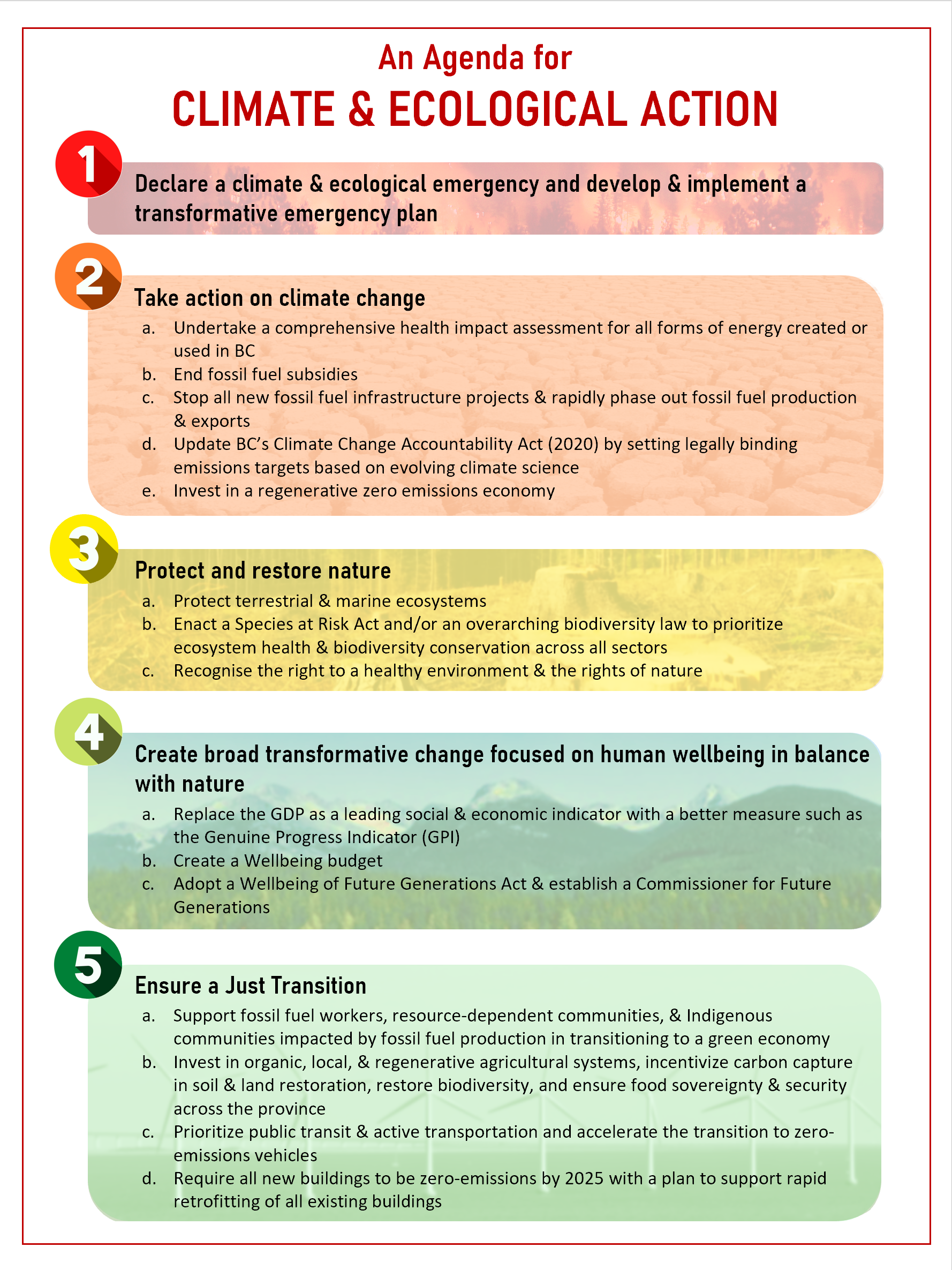 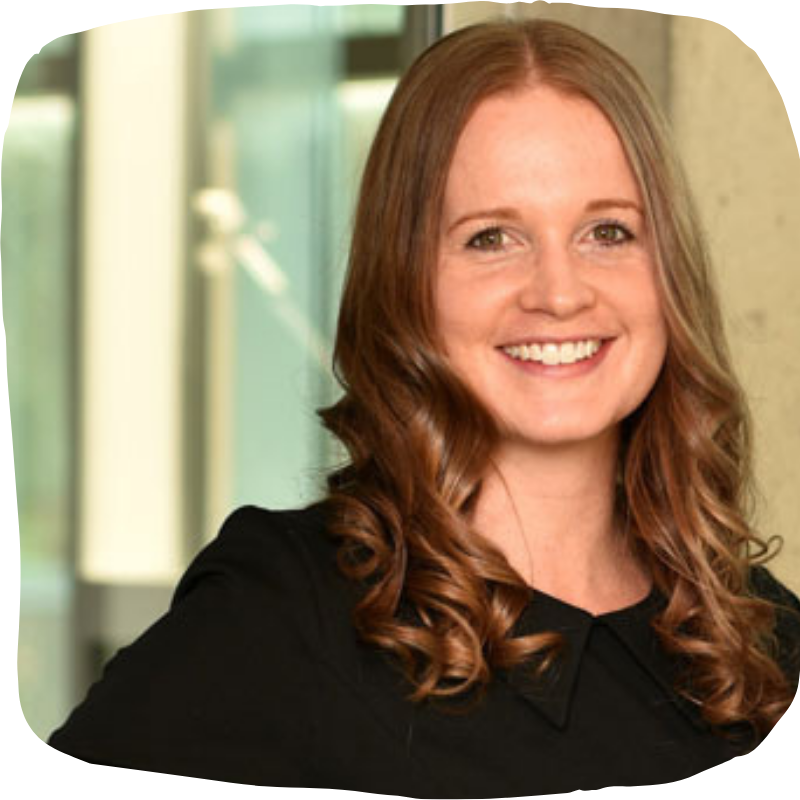 Surgeon
Dr. Andrea MacNeill is a surgical oncologist at Vancouver General Hospital and BC Cancer Agency and a clinical associate professor at the University of British Columbia where she specializes in sarcoma and peritoneal malignancies.  She holds a Master’s Degree in Environmental Change and Management and is the founder and director of the UBC Planetary Healthcare Lab, a novel interdisciplinary research collaborative dedicated to creating health systems that promote both human and planetary health.

She is a founding partner of CASCADES, a pan-Canadian knowledge mobilization network accelerating the transition to net zero healthcare emissions. Dr. MacNeill is also working with Vancouver Coastal Health on a transformational planetary health strategy to mitigate the healthcare climate footprint while creating health and social value. 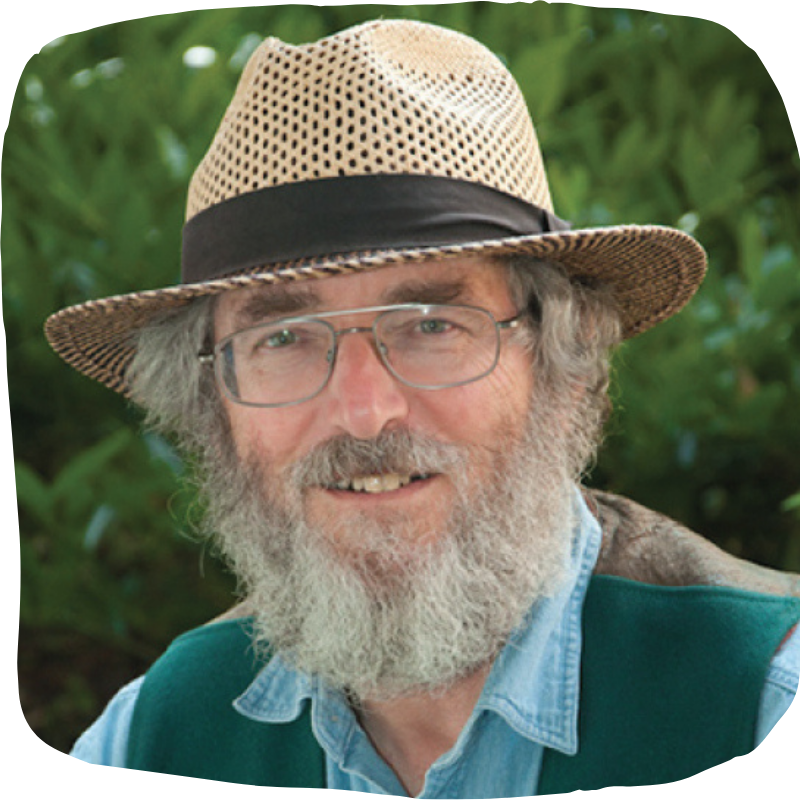 Public Health Physician
Dr. Trevor Hancock is a public health physician and health promotion consultant. He is one of the founders of the (now global) Healthy Cities and Communities movement. Dr. Hancock co-founded both the Canadian Association of Physicians for the Environment & the Canadian Coalition for Green Health Care. He was also the first leader of the Green Party of Canada in the 1980s.
‍
His recent focus has been the combination of his two main areas: The relationship between human health and the natural environment (understood as health in the Anthropocene) and linking the healthy and sustainable community approaches through the concept of a 'One Planet' region. 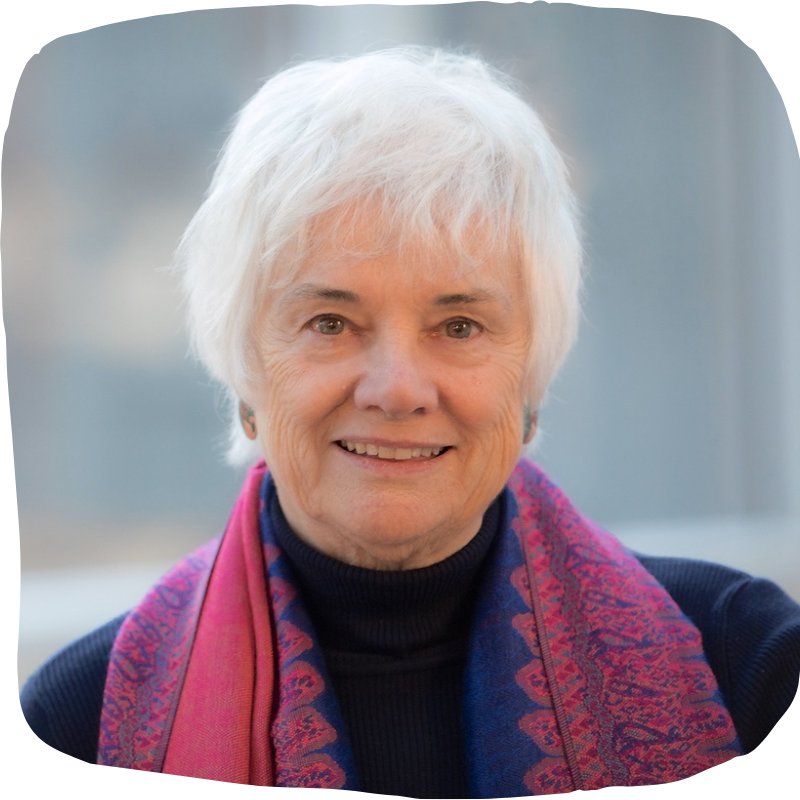 Physician and Educator
Dr. Mary-Wynne Ashford is a retired physician and educator, author of Enough Blood Shed: 101 Solutions to Violence, Terror, and War, and Past Co-President of International Physicians for the Prevention of Nuclear War. She has received the Queen's Medal on two occasions, and the  Award of Distinction from the Doctors of BC and Cam Coady Foundation in 2019.

From Dr. Ashford: I will talk about the intersection of climate collapse, the pandemic, and nuclear weapons. Global issues demand global solutions. Our health cannot be separated from the health of our planet, our trees and rivers, and all our relations. We are one humanity and one health.Global health means stopping destruction and nurturing healing. We must live by the physicians' dictum, "Above all do no harm." 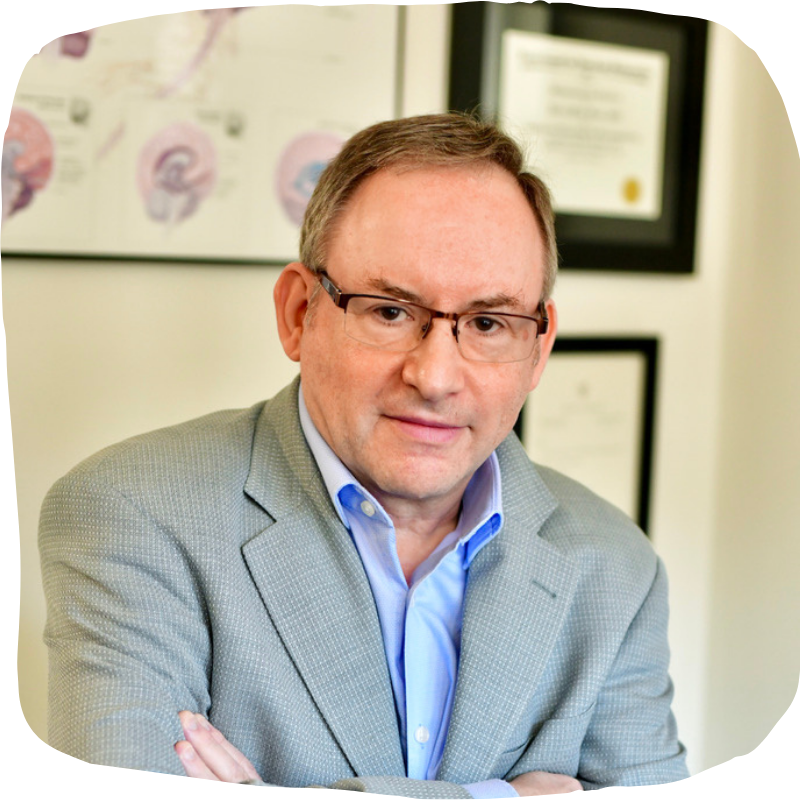 Behavioural Neurologist
Dr. Robert (Bob) Stowe is a behavioural neurologist, and a Clinical Professor of Psychiatry and Neurology at UBC. Bob's social and environmental activism began in his teens; he and his Quaker parents  were founders of Greenpeace, and his family home served as the organization's first meeting place and office. He has been particularly concerned about the negative climate and health impacts of large fossil fuel extraction projects, and In 2018, Bob was arrested for nonviolent civil disobedience at the Kinder Morgan (now TMX) pipeline tank farm in Burnaby.

He will speak about mental health impacts of climate change, and the environmental impact and neurotoxic exposure risks associated with pipelines transmitting diluted bitumen and liquified natural gas 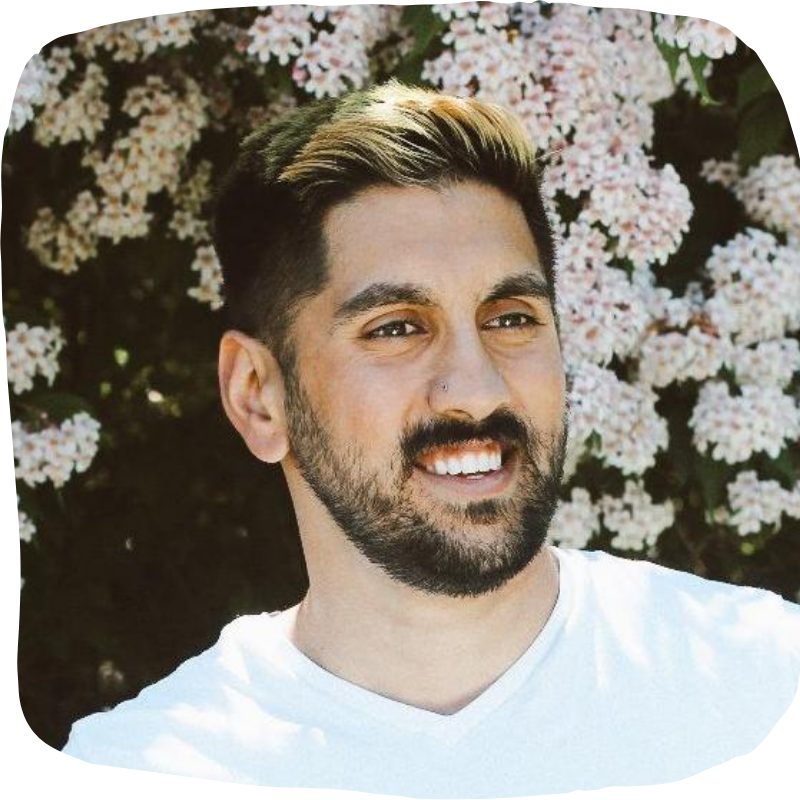 Medical Student
Peter is a third year medical student in Kelowna at the University of British Columbia's Southern Medical Program. Peter is an avid hiker, cyclist, and amateur plant identifier. This passion, along with a knowledge of the inequitable health impacts of climate change, has led him to climate advocacy. He is currently an executive member of UBC EnviroMed, an active member of CAPE BC, WCD4PH, and is a contributor to the Parks Prescriptions program for the BC Parks Foundation. 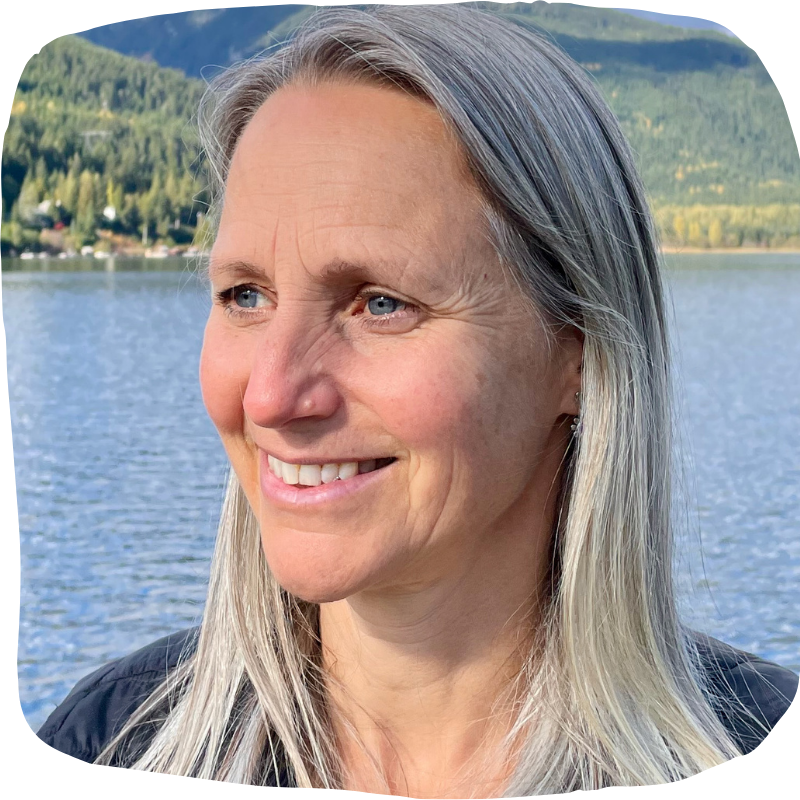 Family Physician
Dr. Linda Thyer practises family and sport medicine on traditional Coast Salish territories with a focus on youth over the past 20 years. She is a founding member of Doctors for Planetary Health - West Coast and is an active member of various medical, environmental and community organizations. She is grateful for the many nourishing and healing gifts of Mother Earth and works toward restoring health and peace for all. 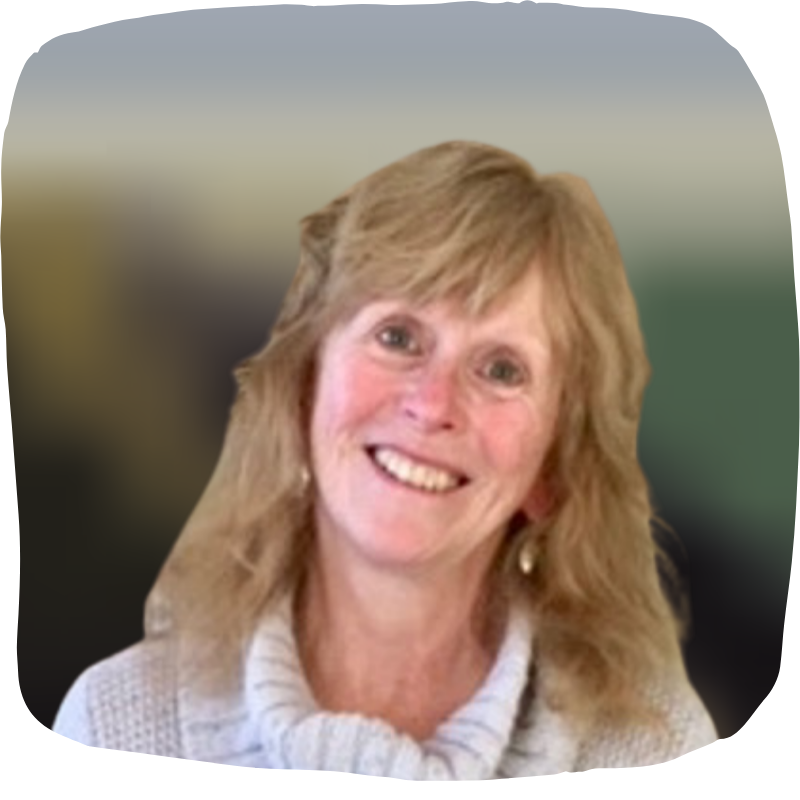 Registered Nurse
Helen Boyd is a registered nurse and holds a Master’s degree in Counselling. She is passionately committed to conserving and enriching our planetary health for generations to come. She is the BC Representative of the Canadian Association of Nurses for the Environment and Board member of the Canadian Association of Physicians for the Environment.

Helen is the founder of the Care-A-Van, a mobile healthcare clinic that continues to serve the homeless population of the Comox Valley. Having witnessed first-hand the impacts of floods and wildfires on disenfranchised people, Helen will speak to the social justice aspect of the Climate Emergency and the role of nurses in advocacy.